What Is Acute Kidney Injury (AKI)? 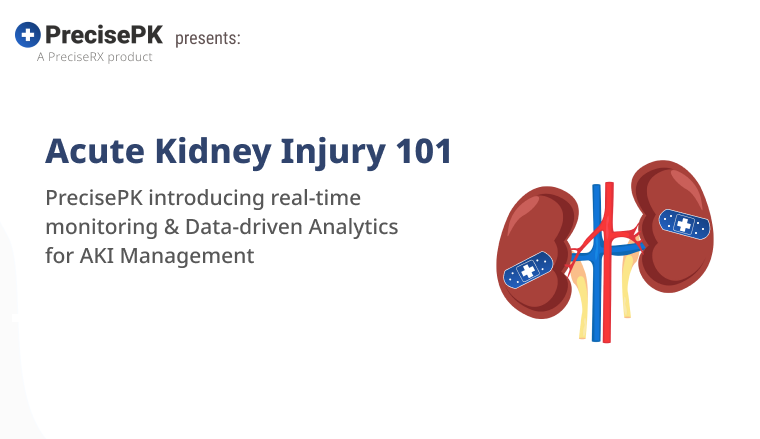 What Is Acute Kidney Injury (AKI)?

According to the International Society of Nephrology, approximately 1.7 million deaths per year worldwide can be attributed to AKI. In addition to long lengths of hospital stays (LOS), severe AKI sequelae can range from life-long dialysis to kidney transplantation.1

A sudden decrease in renal function, indicated by renal failure and/or a decline in glomerular filtration rate (GFR), is considered an AKI.

The diagnostic criteria and severity classifications for AKI use serum creatinine (SCr) and urine output (UO) as surrogate parameters (Figure 1).2 However, in a study by Chertow et al., modest changes in SCr were significantly correlated with mortality, LOS, and hospital costs. This correlation remained even after adjustment for a variety of factors such as age, gender, admission by the International Classification of Diseases (ICD), modification diagnosis, severity of illness (diagnosis-related group weight), and CKD status. An increase in SCr greater than 0.5 mg/dL was associated with a 6.5-fold (95% CI [5.0, 8.5]) increase in the odds of death (Figure 2), a 3.5-day increase in LOS, and nearly$7500 excess in hospital costs (Figure 3).3

In 2002, the Acute Dialysis Quality Initiative (ADQI) proposed the Risk, Injury, Failure, Loss of kidney function, and End-stage kidney disease (RIFLE) classification for AKI. This classification would allow for both the detection of patients with slightly affected renal function (high sensitivity but low specificity) and of those with severe kidney function deterioration (high specificity with diminishing sensitivity).4

RIFLE was the first AKI risk stratification system. Risk, Injury, and Failure severity classes were defined according to the degree of SCr increase or UO decrease, whichever is greater. Loss and end-stage renal disease (ESRD) were outcome classes determined by the duration of kidney function loss.4

RIFLE allows the stratification of AKI prognosis with each successive category reflecting a progressively higher patient mortality. A nearly linear increase in hospital mortality was found in a retrospective, single-center study by Uchino et al. evidencing correlation with the RIFLE classes (normal, 4.4%; Risk, 15.1%; Injury, 29.2%; and Failure, 41.1%), with patients at risk having upwards of three times the mortality rate of patients without AKI. The odds ratio of hospital mortality was 2.5 for Risk class, 5.4 for Injury class, and 10.1 for Failure class.6

RIFLE has proven itself an important tool in predicting patient outcomes, but it is not without limitations:

The Acute Kidney Injury Network (AKIN) classification, a modification of RIFLE, was released in 2007 in order to improve the sensitivity and specificity of AKI diagnosis. The following modifications to RIFLE were made:8

The following illustration shows the differences between the original RIFLE and the AKIN modifications.

Thus, the main changes introduced between the two classifications are:5

The AKIN classification could theoretically have better sensitivity and specificity than the RIFLE criteria. However, when comparing the two classifications, although the RIFLE classification did not show a better prognostic acuity in terms of in-hospital mortality, it did enable the identification of a greater number of patients with AKI.5

Bagshaw et al. conducted a retrospective, multi-center analysis comparing the RIFLE and AKIN schemes according to AKI incidence, mortality, area under the receiver operating characteristics (AuROC) curve. AKIN’s modifications to the RIFLE criteria increased the sensitivity of the RIFLE Risk class but had no significant impact on incidence or mortality.

In addition to the limitation presented above, there are other drawbacks in the AKIN classification:5

Kidney Disease Improving Global Outcomes (KDIGO) is the product of the lessons learned from the limitations of the RIFLE and AKIN classifications. This novel classification introduces changes, especially with regard to time, that attempt to standardize the definition of AKI allowing coherence in peer-reviewed research.10

RIFLE vs AKIN vs KDIGO

When comparing the three classifications, one may ask which should be used when stratifying patients? In a prospective cohort study by Levi et al., the researchers investigated whether RIFLE, AKIN and KDIGO classifications were adequate in predicting mortality in critically ill patients.12

Optimize Your Clinical Experience with PrecisePK.
Book A DemoContact Us